Cameron slumped down on the bench in front of the Club Midnight in Yokosuka.  He gripped hold of the mouthpiece and neck of the saxophone and groaned. Damn! He was the featured soloist in the last number of the quartet’s first set. He had worked it all out in his head how he would play the tune. Duke Ellington’s Solitude. He gave it what he called a Billie Holiday interpretation. The reaction from the audience disappointed him. The few that applauded clapped as if responding to Pavlovian stimuli. Only one woman showed signs of sincere appreciation. The Club Midnight was nearly empty when the Quartet got ready to play their first set. Customers sat at tables scattered around the room exchanging conversations accentuated by laughter. At the bar, a man in a three-piece blue suit humped over a foamy draft beer. He was letting loose a stream of complaints about the unfairness of life. The bartender was listening with a wary expression.  “People are still scared of the COVID,” the owner
Post a Comment
Read more

Man in the Woods 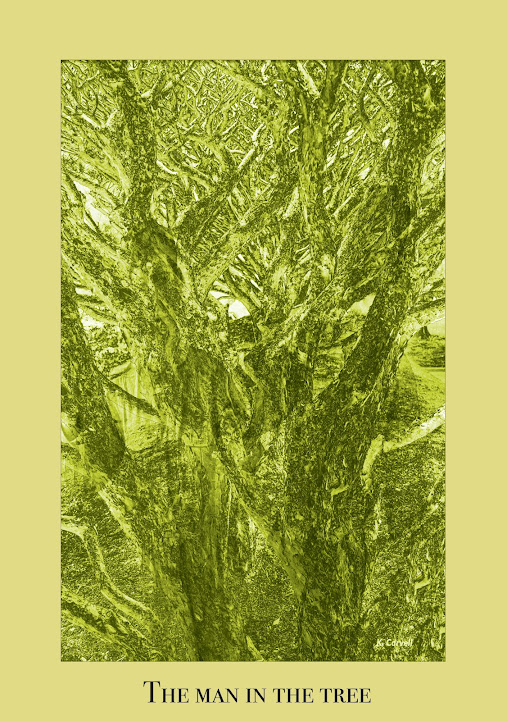 "Nigel Heller has returned, I tell you! I swear, man, it's true. I seen him."        "Nigel's dead, Horace. He got killed when his kitchen stove exploded." I wiped mustard from my chin and belched. The onion rings mixed badly with the craft beer.         "Barney! I saw him. I saw him." Horace cupped his hands around his beer mug, as though clasping an amulet to protect him from the Evil One. "He was in the woods."       "The woods? You mean the Washington Memorial Woods?" Kathy asked.  She was shaking her head in disbelief. "You were always afraid of shadows, Horace."       "You don't believe me. Come on. I'll show you." He stood up with frenetic force and tipped his chair over.       "Your brother's gone off his rocker," I said.       Horace ran to the exit and turned around. "Come on!"      "He makes me so mad," Kathy said. She grabbed her bag. "But com
Post a Comment
Location: Pacific Grove, CA, USA
Read more

Santa in the Pond 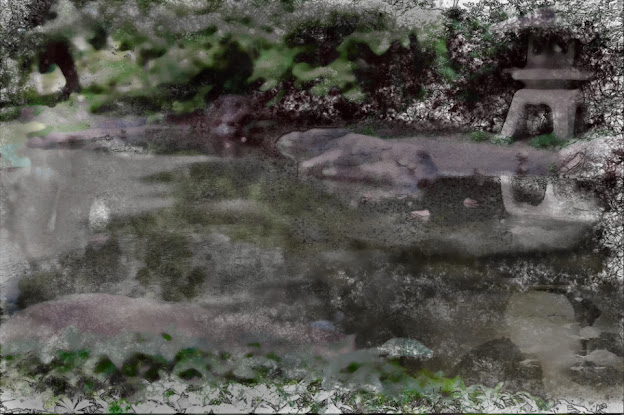 Maybe it was the medication the doctor prescribed to correct Dad’s irregular heart beats. Or maybe he added a bit too much pepper to the kale and carrot salad I prepared to neutralize the rich sauces of the leg of lamb I roasted for our Christmas Eve dinner. Or maybe he was telling us another tale from his overly active 80-year-old imagination.   “It’s the same dream. Every night.” Dad started off after swallowing a forkful of lamb.   “Was it in color, Grand Dad?” Melissa, my teenaged daughter asked. With the precision of a surgeon, she was cutting the fat away from her serving of lamb.   Dad thought for a moment. “Color? No, not Technicolor. More like a film noir movie. Murky and dark.” “What’s film noir?” my pre-teen son Adam asked. He was shaking salt vigorously over his salad. “Let Grand Dad get on with his story,” my husband Stacey said. He refilled Dad’s wine glass with Pinot Noir. Dad took a sip of wine and then continued.   The dream starts out soon after I fall asleep. I am wa
Post a Comment
Location: Carmel Valley, CA 93924, USA
Read more 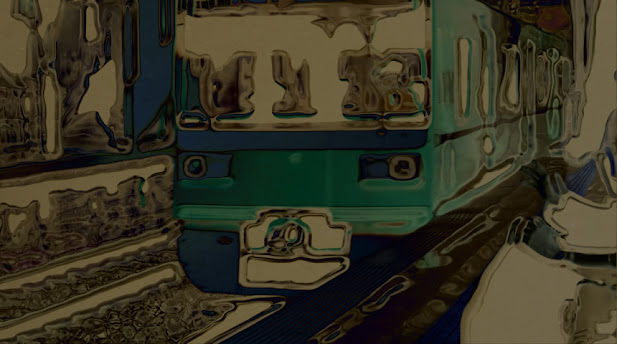 Evelyn Singleton was slightly winded after climbing up the 120 steps to platform 1 of the Ishikawacho Japan Railway Station in Yokohama. She prided herself for her physical endurance. Before her husband Seth agreed to accept the position of professor of Linguistics at  the prominent women's university in Yokohama, she took part in the Full Marathon Race in San Francisco. But she was winded this morning. Jimmy their four-year-old son chose to be contrary. She was forced to carry Jimmy and his teddy bear up the steps if she wanted to catch the train on time. Fortunately, after setting Jimmy and his teddy bear down on the platform, she found empty seats. “Sit here, Jimmy. Play with Teddy.” “When’s the train coming, Mommy?” “Soon, Jimmy. And soon you’ll be playing with your friend Gary.” She took out her iPhone to check for messages she might have missed on the way to the station. Nine emails and 12 chats. She opened the first of the emails, the one from the credit card company informi
Post a Comment
Location: Ishikawacho, Naka Ward, Yokohama, Kanagawa 231-0868, Japan
Read more 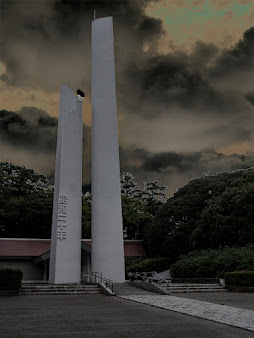 My older sister Annette sat before her computer monitor. "See that, Harry?" she said, pointing to the monitor image of a YouTube video of the San Andreas fault in California.  "It's in critical state. We're doomed." "Annette, you're letting the Sauvignon Blanc go to your head. That earthquake will take place long after we're dead and gone." "Maybe. But what about this?"  She flipped to another YouTube video about meteors speeding in the direction of earth. "See what NASA has recorded? One of those meteors is bound to smash into us destroying every living creature on the planet." "I give up, Annette. Go ahead. Lock yourself in the apartment. Me? I'm going out and have a few beers. I'll take my chances walking across the street." I spent an alcohol-infused 2 hours at a British pub in Annette’s neighborhood. The pints I consumed at the pub emptied my wallet of paper currency. With little money left for t
Post a Comment
Location: Yokohama, Kanagawa, Japan
Read more

Surfer in the Mist 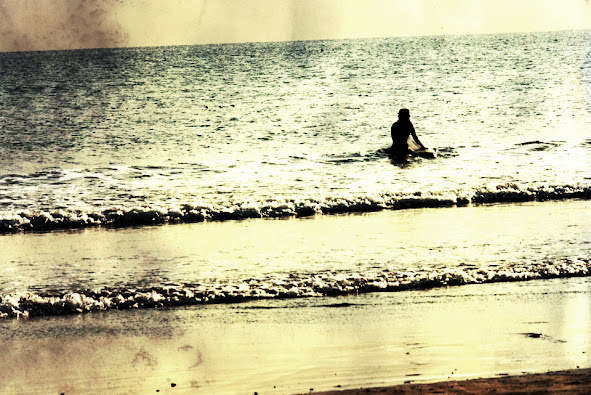 “Do you like surfing?” “Hmm?” The question startled me. I was sitting on the black sand Shonan Beach staring at the ocean. I turned and saw Mariko, the woman I had met at Edgar’s wake. We were both viewing Edgar’s body laid out in his impeccable blue blazer, ironed white shirt and dark red and blue necktie tied in a Windsor knot. Appropriately enough, his wife Lydia insisted his casket command center stage in the living room of their commodious beachside Kamakura home.   “He was so inspirational,” Mariko remarked after we had shaken hands across Edgar’s body.   “Yes, he was,” I replied, noncommittally.   Edgar made a living providing mini-seminars on business communication skills. “Be precise. Avoid jargon. Listen to your team members.” Catch phrases in the mantra he repeated at each of his seminars.   “And his book Wishful Thinking is Not a Strategy opened my eyes,” Mariko oozed as we helped ourselves to the tuna fish sandwiches with the crusts cut off from the bread. “Opened your
Post a Comment
Location: Kamakura, Kanagawa, Japan
Read more

Echoes in a Dilapidated House 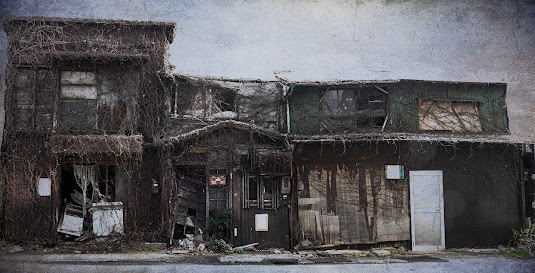 There is something about a dilapidated old house that fascinates me. I hear lingering memories echoing inside the rooms. The newly married couple discussing drape colors to match the living room’s decor. The baby in a crib crying for a mother’s breast. The husband uncorking a bottle of Cabernet Sauvignon to serve to dinner guests. The mother working away on a report whose deadline fast approaches while her toddler daughter attempts to climb up a bookcase. The little five-year old boy staring in bewilderment when his mother introduces his ‘new daddy’. The sorrow at the dinner table when everyone remembers the good times with Grand Dad who died in his sleep. The weepiness of parents as they watch their children leave the home to start careers and marriages of their own. The joy expressed by parents when their daughter has given birth to their first grandchild. Finally, life comes to an end inside the house. The engines of heavy equipment swallow up the lingering remains of the echoes a
Post a Comment
Location: Yamanouchicho, Kanagawa Ward, Yokohama, Kanagawa 221-0054, Japan
Read more
More posts